Glitter was spread and colours were bright and bold as 700 people gathered to celebrate “one love” at the Rainbow Gala.

Hosted at SkyCity in Auckland, the event celebrated 30 years since the homosexual law reform – and it was “outrageously” in keeping with the theme.

“There is a lot of colour, and it’s really great to see the rainbow community come out in force to celebrate this day,” said Colin Espiner, general manager of communications. 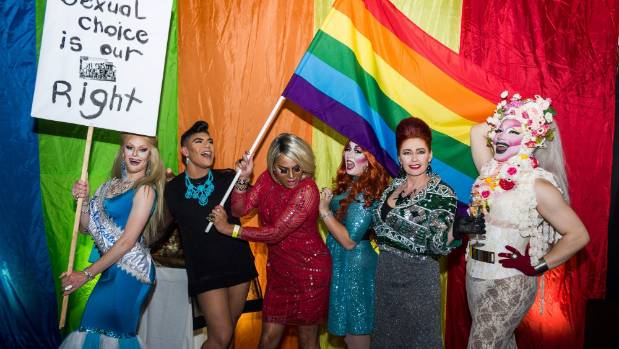 Partygoers gear themselves up for an outrageously fun night at the gala.

“We have three dance floors, chill out rooms, and a pink flamingo bar. It’s pretty outrageous, as you’d expect it to be.”

The night, which was “one great party”, was hosted by Ali Mau and Colin Mathura-Jeffree while Fran Wilde who championed the law reform gave a stirring speech at the start of the night. 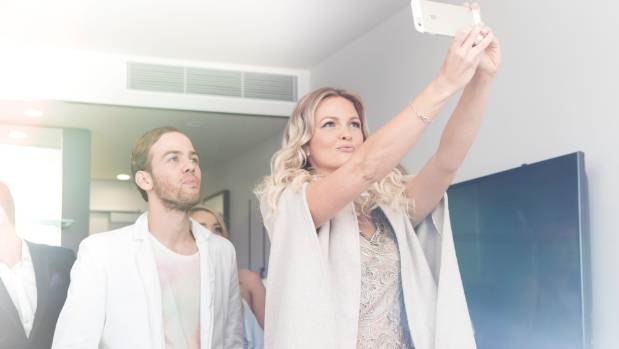 Samuel Levi gets in on the selfie action with Chrystal Chenery ahead of the gala.

One section of the event of dedicated to memorabilia commemorating the fight.

Placards from protests, newspaper articles and adverts from newspapers urging people to vote against the reform were a reminder for the many young people who remember who fought for them to be “out and proud’.

Auckland-based Samuel Levi, 23, said he’s happy to have missed the era where having sex with another man was a crime. 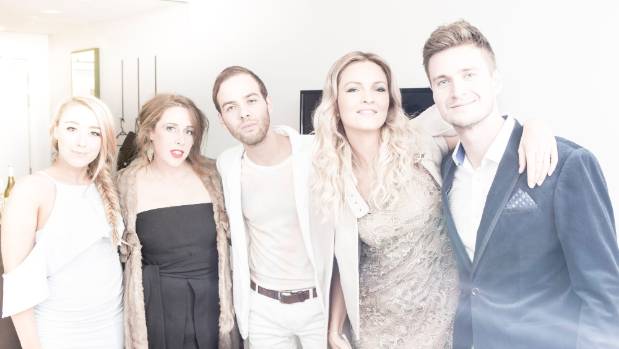 “Being able to be out and be who I want to be and not have any worry about it has pretty much made me into the person I am today,” he said.

“I just could not even imagine myself being back then, if I was in that situation I don’t think I probably would have handled it, or I would have taken a whole different avenue in life.”

Now, 30 years on Levi said he can stand loud, proud and openly gay. 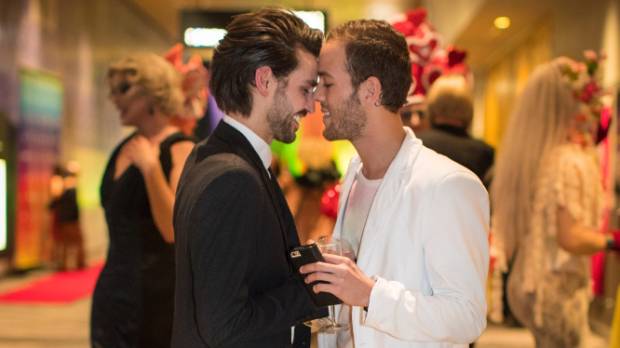 Jamie Barakat and Samuel Levi celebrate at the Rainbow Gala at SkyCity in Auckland.

“It shouldn’t matter, like everyone says – ‘same love, everyone should just be equal’.”

The gala was about being around people who wanted to celebrate being equal with happiness, he said.

“The main thing is I’ll be celebrating them having the kind of freedom that I’ve been lucky enough to have been brought up with.”

Even though New Zealand has legalised same-sex marriage and has a petition tabled in Parliament calling for a government apology for convicted homosexuals, the country still has a long way to go with attitudes, he said.

Wilde introduced the Homosexual Law Reform Bill after two attempts to decriminalise gay men having sex with each other. Her previous attempts failed in 1974 and 1979.

In Parliament today there are five MPs who voted on the bill – Labour’s Phil Goff, Annette King and Trevor Mallard as well as United Future leader Peter Dunne all voted for, while NZ First leader Winston Peters voted against.

Copyright © 2022 Rainbow Auckland | All Rights Reserved.
Made with ♡ by d'Larté Designs

Welcome to the Member login area.