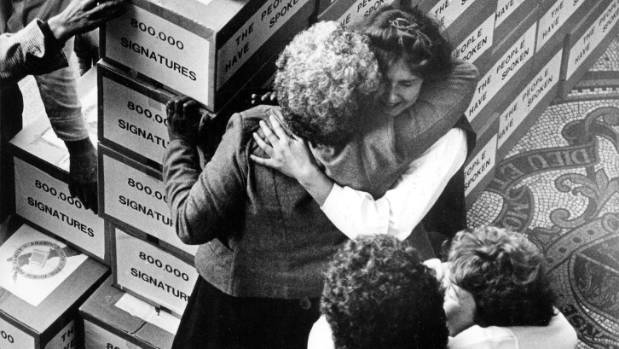 Boxes said to hold 800,000 signatures on the petition against gay law reform arrive at Parliament, September 1985.

It was 1985, the world was changing too fast for some, and all around New Zealand bewildered bigots were rising from their slumbers to save us from the gays.

“If this legislation is passed you might come home and find a man on the back of your son. Legally there. It will be happening under the trees and bushes.”

“This legislation” was a private member’s bill, the Homosexual Law Reform Bill, which was drafted by gay lawyers Don McMorland and Alan Ivory, and introduced to parliament by second-term Labour MP Fran Wilde. 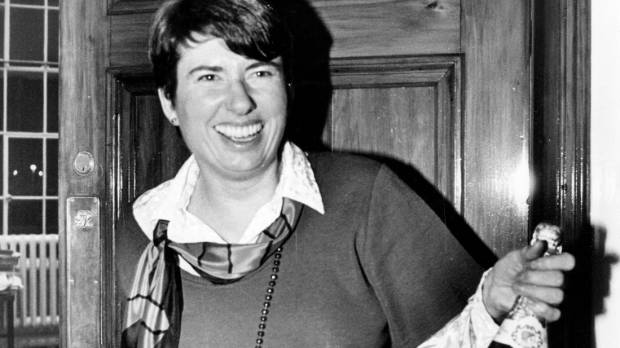 Fran Wilde celebrates the passing of the gay rights bill on July 9 1986.

For 16 months Wilde, backed by a core of gay activists and a slowly growing proportion of the wider public, pushed the bill, but the outcome was far from certain, right till the last minute. There was ferocious opposition from Christian groups and social conservatives inside and outside parliament. A “Coalition of Concerned Citizens” launched a petition against the bill which collected a claimed 800,000 signatures.

All the same, just before 10pm on July 9 1986, the bill was passed by 49 votes to 44. Next Saturday a “Rainbow Gala Extravaganza” to mark the 30th anniversary will be held at Auckland’s SkyCity, MCed by Ali Mau and Colin Mathura-Jeffree. 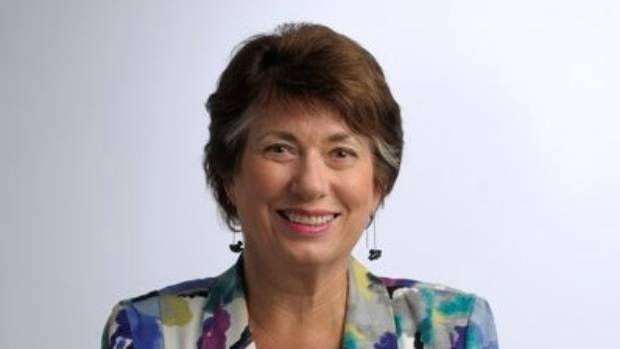 While Wilde watched the vote unfold that night in Parliament, James Peters of the “Auckland Gay Task Force” was waiting for the news with a bottle of champagne at the ready. Here the two of them recall scenes from their battle to fix a “black hole” in our human rights.

FRAN WILDE:
Gay activists were lobbying all new candidates, and when they came to me I said of course I’d support it. Then after the election they came back and said guess what, we want you to introduce the bill to Parliament.

I was a young straight woman and that probably made it safer in a funny way, because no one could say it was self-interest. The campaign was about giving the public information to displace ignorance, and then getting them to lobby their MPs on it as a human right issues.

Straight away fundamentalist churches, the Salvation Army and other conservative groups started organising. The day they presented the petition they had the Girls and Boys Brigade, with the New Zealand flag, singing hymns and the national anthem. It was Nuremberg Rally kind of scary. But it backfired on them because it was pure prejudice, and people said we don’t want this in New Zealand.

I was doing talkback with [Invercargill National MP] Norm Jones, and somebody rang in and asked “What would you do if your son was gay?” and he said “I’d lock him up in a mental institution.” For me it was the equivalent of that moment for Lange when he said to Jerry Falwell “I can smell the uranium on your breath”. It was so homophobic and hateful. None of the bill’s opponents were interested in love, or affection, or relationships – they were obsessed with bodily functions, and in the most explicit way. 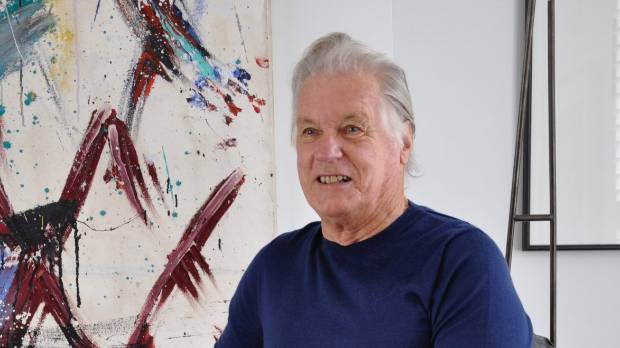 The real heroes were the gay men who came out. Most men were in the closet and people would say “I don’t know any gay people”, when of course they would be working with gay people or had family members – brothers, sons.

These were ordinary people who were loved and who were contributing to society, who suddenly said, “Oh there’s another thing. I’m gay.” It helped us no end, but if we’d failed they’d have been in a very difficult position.

I got tonnes of hate mail, with threats to kill me or elaborate descriptions of what they’d do to me. A lot of people outside Wellington assumed I was lesbian so there’d be letters about that too.

When the numbers were given to the Speaker the place erupted. There was a big party that night as I recall. The sky didn’t fall in. Western civilisation didn’t end.

At the time it was just a black hole in our human rights legislation and we had to make it right, but the difference it’s made to thousands of people’s lives has been major. I love it when I meet someone and they say “It made a difference to me.”

JAMES PETERS:
One night on the TV news I saw [gay activist] Peter Wall at a public meeting where the fundamentalists opposing the bill were coming up with rhetoric so inflammatory and unbalanced that Peter couldn’t contain himself. I saw a policeman drag him out.

There was a meeting at Alfies nightclub the next Wednesday and I went along with some fear and trepidation. I’d never thought of myself as an activist but sometimes you’ve got to stand up and be counted.

I started raising funds for an advertisement in the Herald and then I was asked to join the Auckland Gay Task Force. I went home thinking it’ll only be three or four months before it’s voted on, but the National Party MPs filibustered the bill for years. 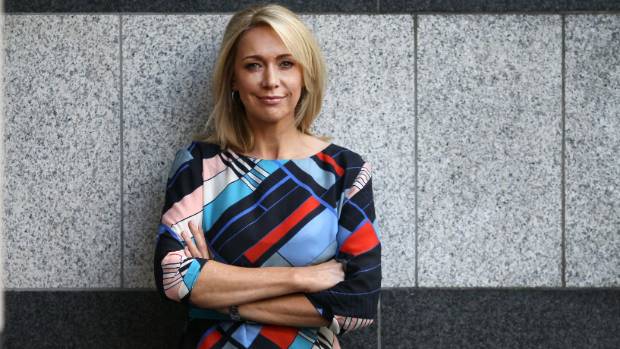 Broadcaster Alison Mau is happy to put her name to LGBT causes.

I was 43. I was a businessman. I had been out since I was 18 or 19 and I’d been determined to live an open life, not be a closet gay. I’ve been one of the lucky ones. But I sometimes helped out Father Felix Donnelly, who ran a home for wayward kids who’d often been thrown out of home because of their sexuality. He told me this bill had to pass, because of the young people who were committing suicide.

We were fighting for a law for New Zealand. We didn’t set ourselves up as beacons. But once it had passed, we realised that the passing of the bill gave momentum to other parts of the world such as Ireland and Australia.

At times it was an uphill battle. It was only in the last two to three months that we felt the tide turning. We were taking our own private Heylen polls, and we saw that the more the opposing forces brought people in from overseas to convince the public to go against us, the less popular they became. New Zealanders like fairness, and the last thing we like is being told how to act and think by outsiders.

On the night it passed we were in front of the news with a bottle of champagne ready, and we figured either way, we’d drink it. We were apprehensive but quietly confident.

After the bill went through the front door opened and neighbours and friends came in and we opened the champagne. Then we went off to a nightclub and I think I danced till the early hours. There was a wonderful feeling of relief and camaraderie.

ALISON MAU: WHY I’LL BE ON THE RED CARPET ON SATURDAY

Back in 1986, broadcaster Ali Mau was blissfully unaware of the titanic moral struggle between pro- and anti-gay forces taking place in New Zealand. She was working as a journalist in Melbourne, and only vaguely aware of current affairs across the ditch. And back then, she was still straight.

But she’s very happy to be lending her name to a celebration of the 30th anniversary.

“I’m not a red-carpet event person these days, but I’m making an exception for this one.”

In 2010 a gossip columnist revealed Mau, who had previously been married to Simon Dallow, was in a relationship with Karleen Edmonds. Since then Mau has frequently advocated for the LGBT community. Last year she ghost-wrote the memoir of transgender pioneer Liz Roberts, the first New Zealander to receive gender reassignment surgery.

Since coming out in her mid-40s, Mau has seen for herself what homophobia looks like: “Every week a letter will arrive at work, anonymously of course, telling me I’m going to burn in hell, and asking why do I have the right to do my job.”

She’s clear that this doesn’t begin to compare to the injustice faced by gay men who were once defined as criminal simply for being themselves, but it is enough to tell her that even 30 years after the decriminalisation of homosexuality, the battles aren’t all over. Transgender people are currently facing their own human-rights struggles, and even recent victories such as the legalisation of same-sex marriages have been hard-won.

“Someone said to me, ‘You’ve got civil unions, what more do you want? There’s a sense of ‘We gave you a crumb. You should be happy with that, now shut up.’ And I’m afraid I don’t subscribe to that.”

Copyright © 2022 Rainbow Auckland | All Rights Reserved.
Made with ♡ by d'Larté Designs

Welcome to the Member login area.